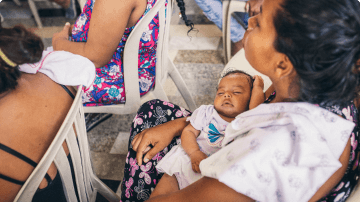 CABIFY, IDIPRON, SECRETARY OF DEVELOPMENT OF BOGOTÁ AND THE FRUTO BENDITO FOUNDATION. AN ALLIANCE FOR EARLY CHILDHOOD IN COLOMBIA

Finding allies and organizations that support social causes is always an adventure full of emotions. We started this work motivated and with clear objectives around achieving extraordinary things, not only for the foundation, but for those people who benefit from our work.

As a result of this wonderful management, the Fruto Bendito Foundation managed to bring together a private company, an entity and a public sector of the Government, with the name of the foundation, around the same cause. Take our #Cunasconamor to more corners of Colombia.

Cabify, the District Institute for the Protection of Children and Youth (IDIPRON) not only brought together the corporate social responsibility of the mobility technology company, but also articulated the approach that IDIPRON has as a public entity.

Through Carolina Albornoz, who is Cabify’s Senior PR & Partnerships Specialist, the project between the institution and our foundation is promoted, in the first instance. From that first moment, we accomplished great things.

Cabify commits hard and decides to carry out a campaign on social networks, with influencers and free press. ” Cabify will donate 1% of all trips this Sunday to celebrate Mother’s Day .” This is how some newspapers in the country headlined. The emotion from the foundation, grew.

Although the celebrations of Mother’s Day, traditionally, correspond to the second Sunday of the month of May of each year, the COVID-19 pandemic did not allow this day to be celebrated normally. In fact, the National Government decided to move this day to the end of the month. Being that 1% collected through the trips of May 30.

Everything would be destined for the purchase of cribs that would later be delivered in the capital of the country to the beneficiary mothers.

The hope, not only of the foundation, but also of the work that Cabify was doing, increased with the passing days. Expectations were high and just as one day the dream of the Fruto Bendito Foundation came true, Cabify managed to donate a total of 100 cribs, thus demonstrating the social commitment to be part of our great headquarters of angels and the resounding success of the campaign that was carried out.

However, here it would not stop everything. The desire to make our Cunas con Amor project a matter of public health and that, as in Finland, every newborn can have access to the corrugated cardboard crib to achieve equality from birth, Carolina Durán, Secretary of Economic Development would promote that first contact between IDIPRON and Fruto Bendito.

Thus, Camila Cooper sought to establish an alliance with Carlos Marín, director of IDIPRON, even an alliance that would go beyond the project’s barriers, turning both institutions into close entities for the future.

This is how on August 5, 2021, during a wonderful day organized by IDIPRON, the week of breastfeeding is commemorated, donating 20 cribs of the 100 donated, in the first instance, by Cabify.

It was a day full of emotions, not only for the mothers who were able to take part in an experiential workshop and live music, but also for the group of the foundation. Being able to show, firsthand, the way in which we can impact life, even before birth, is simply unique.

Unicef, affirms that investing in early childhood is not only important because the brain, during the first years, develops at a rate that does not repeat itself in any other stage of life: in the first three years they are established in 700 to 1000 new connections per second, which depend to a great extent on the interactions that girls and boys establish with their caregivers and on the influence of positive and negative stimuli from their environment. But why for James Heckman, Nobel Prize in Economics, for every dollar invested in early childhood there is a social return of up to $ 17 in adulthood. 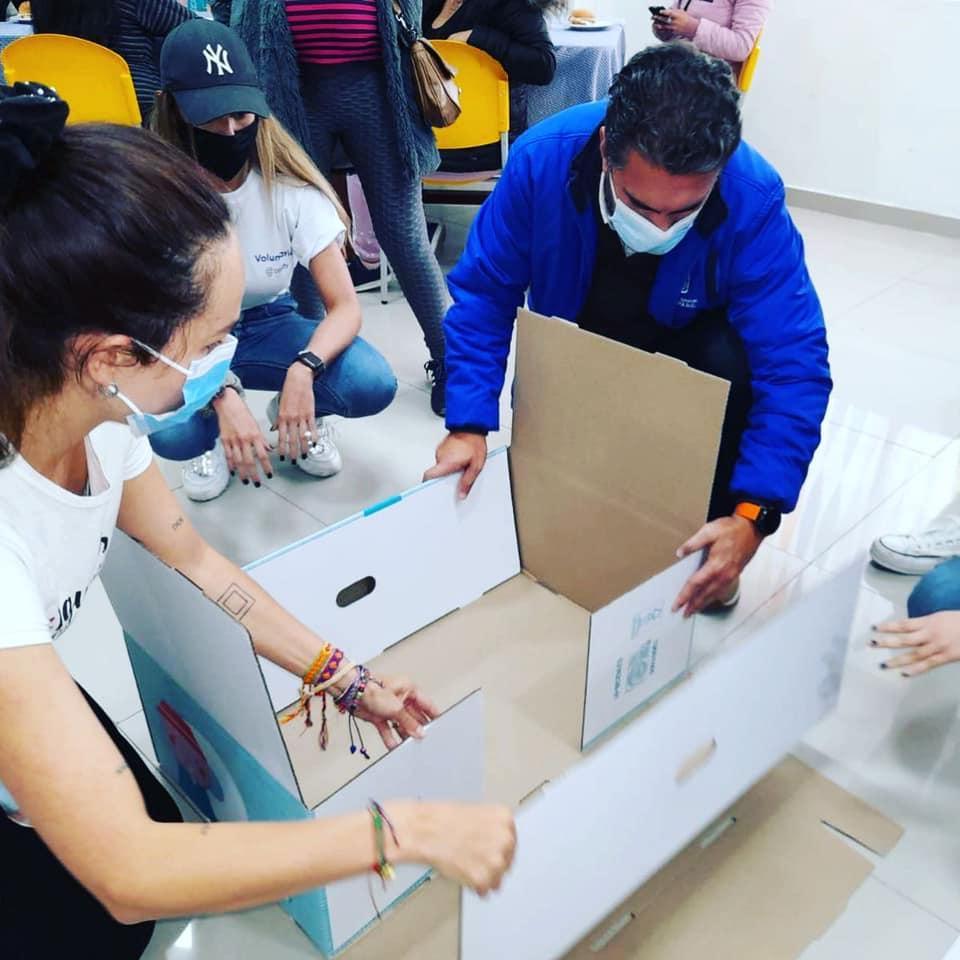 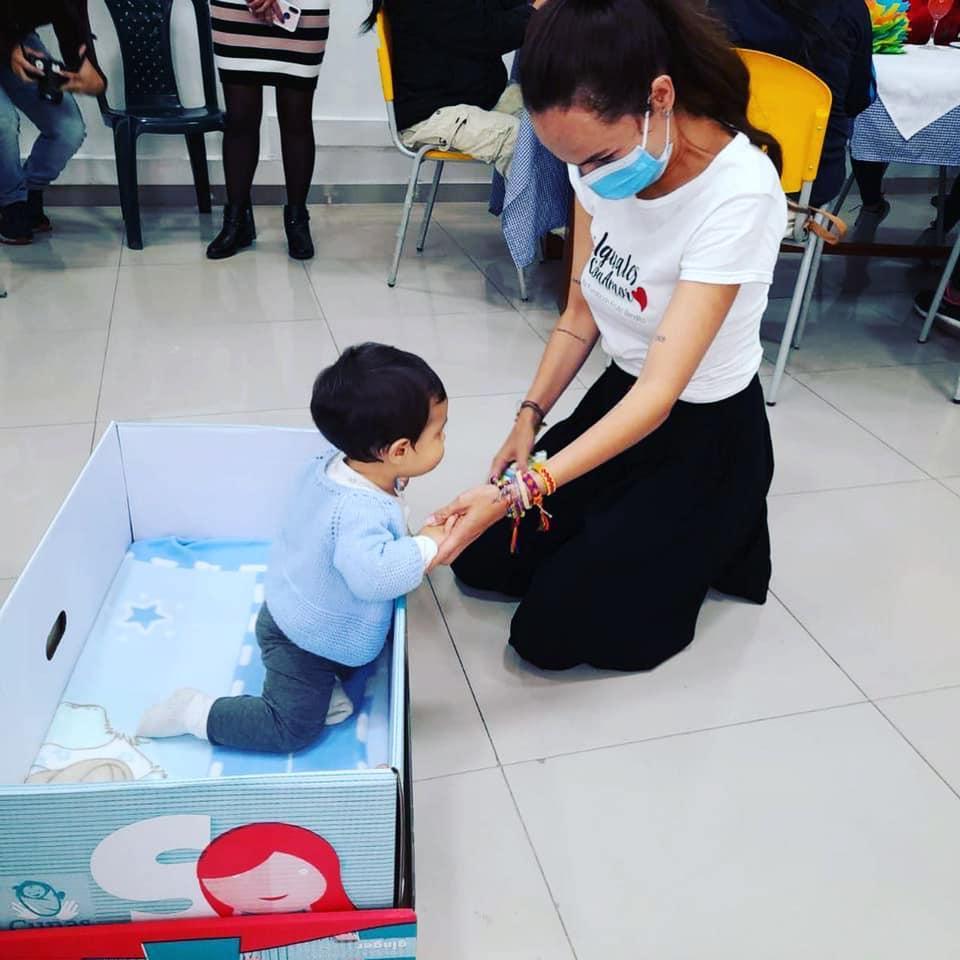 To the sound of music, of various genres, the Javier de Nicoló Conservatory Orchestra lived the day.

On the other hand, the councilor of Bogotá, Gloria Elsy Díaz, who was present at the event, stated:

“If it is within my means, I will help make this type of initiative visible to the District Administration. Not only to support the mothers who give life, but also to provide the necessary tools to the little ones, so that in the future they will have sufficient capacities to face the challenges of life ”.

This space not only allowed expectant mothers to have the opportunity to break the stigma of cardboard, but they were also able to dispel various myths that exist around pregnancy. A day that was undoubtedly one of much learning, love and life.

It is worth noting that this work can only be carried out, with unity and strength. From institutions such as Cabify or IDIPRON, the support was wonderful, but we cannot forget who were, have been and will be donors of resources with which we have been able to complete what the cribs carry inside. The presenter Carolina Cruz or the actress Angélica Blandón. They, along with the thousands of people who have promoted our work, are undoubtedly worth remembering.

We are completely sure that with the help of more donors and entities of all kinds, we will achieve a just Colombia, from birth.