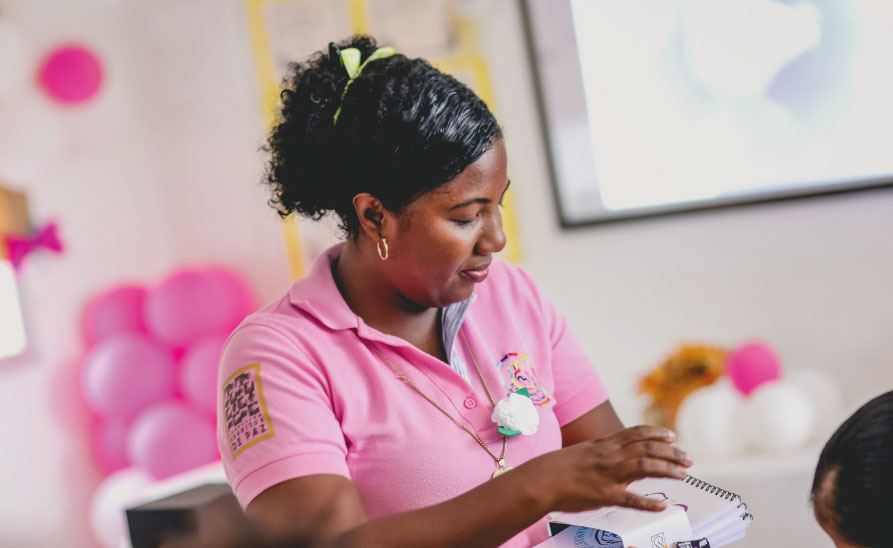 In August we learned that Camila Cooper, the creator of our foundation, was nominated for the TOYP (Ten Outstanding Young Persons) Colombia 2021. This is the award that formally recognizes women and men under 40 who stand out for their qualities of high impact leadership in different disciplines.

JCI, Junior Chamber International, the entity that organizes the awards, is a community made up of active persons between 18 and 40 years of age that is made up of more than 5,000 local organizations in 115 countries and territories, JCI is a vibrant international network with almost 200,000 members.

It is a supremely important and influential network considering that they seek to create impact in communities and transformation in active citizens as individuals involved in the future of the world. In fact, JCI states that “all youth have the power to create positive change.”

This non-profit organization brings together active citizens from all sectors of society. They develop the skills, knowledge, and understanding necessary to make informed decisions and take action.

Only in 2019, figures such as Johana Bahamón Gómez were awarded for their work with the population deprived of liberty of the country or Camilo José Herrera Díaz, founded the NGO “Un Litro De Luz Colombia” one of the social innovation projects with the greatest impact of the country.

To get to this point, Camila was selected from 204 young people from different cities in the country. Then he went on to a process where he classified among the 50 shortlisted, which in turn, following the stages of the program, gave rise to the 20 finalists, for today to have a figure of only ten profiles. According to JCI (The International Junior Chamber) in the final stage, there are only the most outstanding, young people who with their achievements and contributions contribute to the construction of a better country.

This fills us with pride, since the primary mission that we have had since the foundation was born in 2016 is the creation of a better country, based on equality and love. Additionally, we are pleased to know that we are in the same category with people we deeply admire. For example, we know Karen Carvajalino Martínez from a group of women leaders, to which Camila belongs. She is a Cartagena woman, who in addition to being a successful businesswoman, is an international speaker, author of the book ‘Parents and Coaches’, activist for education in Latin America, psychologist and certified trainer in neurolinguistic programming, who has dedicated herself to transforming the lives around the world through The Biz Nation, an online education platform.

Added to the joy of the nomination for the TOYP Colombia 2021, is the publication of the 570 companies nominated for the Portafolio 2021 awards. An award that seeks to highlight the efforts of Colombian companies, men and women in ten categories:

In total, 1,100 registrations were received, these were selected and distributed in the corresponding categories.

October 24 arrived. The Exaltation Ceremony took place at the Teatro Colón in Bogotá. Without a doubt, we were anxious and with a sea of ​​emotions. As a foundation it was a privilege to have Camila among the 10 winners.

In this 51st edition of the program, we meet various profiles of people who, like us, hope to achieve great changes in their communities. Paola Andrea Onzaga Franco, for example, was awarded in the same category as Camila Cooper. “Contribution to children, world peace and human rights.” Who through the mobile school which promotes the empowerment and leadership of women, emphasizing women in vulnerable conditions.

Even women like Carolina Cabezas Cerón, who although was awarded in a different category “Humanitarian and voluntary service.”

She is CEO of the Youth Colombian Leaders Foundation, where she has been promoting volunteer activities oriented towards education, community development, entrepreneurship and the environment in vulnerable communities since 2008.

Undoubtedly, for us as Fundación Fruto Bendito and for Camila Cooper as a human being, it is incredible today to be able to be part of the Ten Outstanding Young People of Colombia 2021, they were exalted and awarded for their great work and impact on society.

For us, being nominated was already a triumph, because in Colombia the Portfolio Awards are considered the most important business recognition in the country. Now having the award, we feel more than honored and proud to continue contributing a grain of sand to the change of our country.